Asserting Self Defense in Cases of Disorderly Conduct Mutual Combat
0.0 rating based on 12,345 ratings
Overall rating: 0 out of 5 based on 0 reviews.
Anonymous

Asserting Self Defense in Cases of Disorderly Conduct Mutual Combat

When It Is And Is Not A Criminal Charge

Example 1:  You are in a public place minding your own business and a person begins to pick a fight with you because they don’t like the color of your shirt.  They punch you in the face and you begin to defend yourself.

Example 2:  You are on school property and a mother begins to pick a fight with you because your children are not getting along.  She punches you in the face and you fight back to defend yourself.

In both the examples above, the person being assaulted was not the instigator.  In fact, it can be argued that they were merely defending themselves as a result of the actions of another.  However, depending on the training and evidence available to the investigating police officer, they may decide to charge both of the individuals with disorderly conduct mutual fighting and let the courts decide who is innocent and who is guilty.

In that circumstance, you must be able to assert the affirmative defense of self defense.  First, let us take a look at the actual law of disorderly conduct to understand how easy it is for an officer to charge a person regardless of whether or not they were defending themselves.

Sec. 42.01. DISORDERLY CONDUCT. (a) A person commits an offense if he intentionally or knowingly:

(1) uses abusive, indecent, profane, or vulgar language in a public place, and the language by its very utterance tends to incite an immediate breach of the peace;

(3) creates, by chemical means, a noxious and unreasonable odor in a public place;

(4) abuses or threatens a person in a public place in an obviously offensive manner;

(5) makes unreasonable noise in a public place other than a sport shooting range, as defined by Section 250.001, Local Government Code, or in or near a private residence that he has no right to occupy;

(6) fights with another in a public place;

(7) discharges a firearm in a public place other than a public road or a sport shooting range, as defined by Section 250.001, Local Government Code;

(8) displays a firearm or other deadly weapon in a public place in a manner calculated to alarm;

(9) discharges a firearm on or across a public road;

(10) exposes his anus or genitals in a public place and is reckless about whether another may be present who will be offended or alarmed by his act; or

(B) while on the premises of a hotel or comparable establishment, looks into a guest room not the person’s own through a window or other opening in the room; or

(C) while on the premises of a public place, looks into an area such as a restroom or shower stall or changing or dressing room that is designed to provide privacy to a person using the area.

(b) It is a defense to prosecution under Subsection (a)(4) that the actor had significant provocation for his abusive or threatening conduct.

(c) For purposes of this section:

(2) a noise is presumed to be unreasonable if the noise exceeds a decibel level of 85 after the person making the noise receives notice from a magistrate or peace officer that the noise is a public nuisance.

(d) An offense under this section is a Class C misdemeanor unless committed under Subsection (a)(7) or (a)(8), in which event it is a Class B misdemeanor.

(e) It is a defense to prosecution for an offense under Subsection (a)(7) or (9) that the person who discharged the firearm had a reasonable fear of bodily injury to the person or to another by a dangerous wild animal as defined by Section 822.101, Health and Safety Code.

(f) Subsections (a)(1), (2), (3), (5), and (6) do not apply to a person who, at the time the person engaged in conduct prohibited under the applicable subdivision, was a student younger than 12 years of age, and the prohibited conduct occurred at a public school campus during regular school hours.

(g) Noise arising from space flight activities, as defined by Section 100A.001, Civil Practice and Remedies Code, if lawfully conducted, does not constitute “unreasonable noise” for purposes of this section.

What Does It Mean? 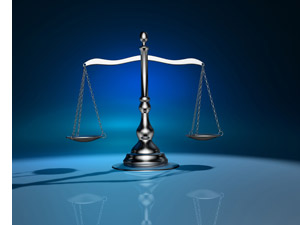 The glaring obvious part to an attorney who defends disorderly conduct mutual fighting cases is that the statute does not clearly outline the ability of a person to defend themselves from the actions of another.  This is most likely because the legislature thought officers would do a better job of investigating the fight than they actually do.  In most cases, an officer will simply write a ticket to both sides because they are both telling a different story.  Most officers will not take the time to talk to outside witnesses or even gather any witness information in cases like these.

So how do you assert the legal defense of self defense if it is not contained in the charging statute?  Well you have to request it be allowed and included in the jury charge.  If not, then you lose the ability to present it.

The self defense statute can be found in Section 9.03 of the Penal Code.  That Statute, as it pertains to disorderly conduct reads as follows:

This is not the entirety of the statute and is only the portions that are necessary to present an affirmative defense of self defense.  For a complete reading of the statute, click here.  Texas Self Defense Statute.

In order for the judge to allow the affirmative defense in the jury charge for them to consider, there has to be some evidence that the defense is available.  This means that you or your defense attorney are going to have to present evidence of the necessity and justification for the force used against another in defense of yourself.  It is wise to establish 2 elements to secure that the defense is presented to the jury.

After establishing the necessity and justification of the force used to defend yourself, then request that the first sentence of Texas Penal Code Section 9.31 be added to the jury charge as a legal defense to the use of force against the other person.

The charge of disorderly conduct also requires a mental state as state by the first sentence of the statue.  The prosecution must prove that the actor intentionally or knowingly fought with another.  Now, this may seem as a “no brainer.”  After all if you are defending yourself you are intending to fight right?  Not necessarily.  It can be argued that you were intending to defend yourself not to fight at all.  Therefore, the mental requirement necessary to establish guilt is not present.

Therefore, these definitions should also be included in the jury charge to help the jury determine the acts the prosecutor intends to allege were intentional.

CONVINCING THE JURY OF THE NEED TO DEFEND YOURSELF

Every situation is different.  Every altercation is unique.  Make sure to present your case in light of those circumstances.  What witnesses do you have to establish you were defending and not provoking?  Is there a video?  After all, this has to happen in a public place for a charge to be filed, so there may be video from that place that you can request in discovery.

Legal advice is crucial in cases like this.  As you can see from the article listed above, there are many things you must do to establish your innocence.  The days of being presumed innocent are almost gone it seems like in many instances.  It takes a good lawyer to establish your innocence beyond a reasonable doubt by knowing how to navigate the defense available to you.  If you need help with a disorderly conduct charge in Texas call our lawyers today.