DO NOT PASS A SCHOOL BUS WHEN IT IS LOADING OR UNLOADING
0.0 rating based on 12,345 ratings
Overall rating: 0 out of 5 based on 0 reviews.
Anonymous 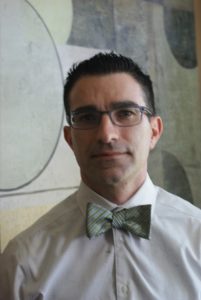 With schools across Texas in full swing, we have started receiving our annual calls from persons who received a citation for passing a school bus illegally. Unbelievably, some of those persons did not know it was against the law to pass a school bus while the bus was loading or unloading. I suppose the flashing lights and red stop sign on a huge yellow bus were just for decoration. One person even admitted that she thought the red stop sign on the bus was for the children leaving or getting on the bus! How do these people get drivers licenses?! SMH

In any case we can help our clients and hopefully, protect our children along the way.  Here is the law regarding passing a school bus (this is for reference purposes only and should not be considered legal advice.

Sec. 545.066.  PASSING A SCHOOL BUS; OFFENSE. (a) An operator on a highway, when approaching from either direction a school bus stopped on the highway to receive or discharge a student:

(1)  shall stop before reaching the school bus when the bus is operating a visual signal as required by Section 547.701; and

(A)  the school bus resumes motion;

(B)  the operator is signaled by the bus driver to proceed; or

(C)  the visual signal is no longer actuated.

(b)  An operator on a highway having separate roadways is not required to stop:

(1)  for a school bus that is on a different roadway; or

(2)  if on a controlled-access highway, for a school bus that is stopped:

(A)  in a loading zone that is a part of or adjacent to the highway; and

(B)  where pedestrians are not permitted to cross the roadway.

(c)  An offense under this section is a misdemeanor punishable by a fine of not less than $200 or more than $1,000, except that the offense is:

(1)  a Class A misdemeanor if the person causes serious bodily injury to another; or

(2)  a state jail felony if the person has been previously convicted under Subdivision (1).

(d)  The court may order that the driver’s license of a person convicted of a second or subsequent offense under this section be suspended for not longer than six months beginning on the date of conviction. In this subsection, “driver’s license” has the meaning assigned by Chapter 521.

(f)  For the purposes of this section: 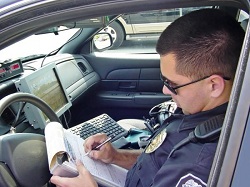 (1)  a highway is considered to have separate roadways only if the highway has roadways separated by an intervening space on which operation of vehicles is not permitted, a physical barrier, or a clearly indicated dividing section constructed to impede vehicular traffic; and

(2)  a highway is not considered to have separate roadways if the highway has roadways separated only by a left turn lane.

Read the law carefully and if you are still unsure, do not hesitate to contact our office. We can help and if you have received a citation for a violation of this statute, then call us immediately to discuss your particular case.