NTTA Lawsuits For Unpaid Tolls - A Defense Lawyer's Discussion
5.0 rating based on 12,345 ratings
Overall rating: 5 out of 5 based on 1 reviews.
Anonymous 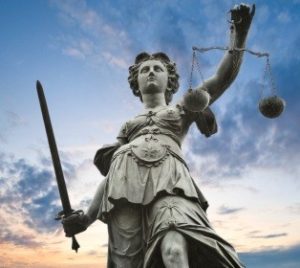 The North Texas Toll Road Authority has begun filing lawsuits against those that have outstanding account balances for using the toll road.  This article is being written while actually performing the research for a recent lawsuit we have been hired to resolve for a current client.  The alleged amount owed is $62,000.00  The actual amount of the tolls that were unpaid are closer to $5,800.00  The toll road authority has filed a petition asserting two separate causes of action.  The first cause of action is a suit on sworn account.  The second cause of action is based on quantum meruit.  This article will describe the two separate causes of action and the potential defenses that will be applied to defend the lawsuit.  If you have been sued by NTTA for outstanding tolls we encourage you to call our office today.

One of the claims made by NTTA against our client was a suit on sworn account.  Some cases require that the claim be supported by proving the following:

Remember that the drafting of this article is being done in conjunction with the legal research necessary to establish possible defenses to the allegation of a suit on sworn account.  The first and most basic defenses that need to be developed are as follows:

Is Using The Toll Considered A “Good”?

More than likely, use of the toll road would be considered a “personal service rendered.”  Case law also verifies that the use of the toll road could be successfully categorized as a service.  See Tully v. Citibank (South Dakota), N.A., 173 S.W.3d 212, 216 (Tex. App.- Texarkana 2005, no pet.).  Also see a great outline for causes of action commonly brought by clicking on this link.

Is An Agreement Necessary

The next argument that surfaced as a result of the research done on this project was whether or not an actual agreement is required in order to be successful on a suit on sworn account.  In Wright v. Christian & Smith, 950 S.W.2d 411, 413 (Tex. App.–Houston [1st Dist.]1997, no writ), the Court opined that an order must be made requesting the goods or services.  The complete and most recent elements established in case law to that are required to prove a suit on sworn account are as follows:

Because you don’t actually order the toll road service if you are running the toll, it can be argued quite effectively that a suit on sworn account cannot be established for toll road violations.  Therefore, it is our intent to attack the pleadings based on the fact that an order has not been submitted to The North Texas Toll Authority on behalf of the defendant.

Are The Fees Reasonable?

This is really at the heart of the lawsuit if all other defenses fail.  The issue is how the toll road calculates the fees they claim they are owed.  Basically what happens when an invoice is sent is that the toll groups those violations together and then sends a single invoice for the tolls for that invoice period.  If the toll remains unpaid, they can then assess a late fee by statute for as much as $100.00 per violation.  Again, the $100.00 is per toll road violation, not per invoice even though that person only gets one invoice.  The North Texas Tollway Authority is kind enough to only charge $25.00 per violation as a matter of “kindness.”  However, a toll road invoice can have as many as 150 -250 toll entries.  Therefore, the tolls can be increased to amounts that are so unreasonable on their face that they are almost laughable.  For a great article on the unreasonableness of the fees charged by NTTA click here.  This article describes a lawyer who had tried to sue the NTTA based on this practice.  The problem was the the attorney who filed the lawsuit ended up getting disbarred for conduct unbecoming a lawyer in Texas.  However, this does not take away from the general arguments made.

Other Causes of Action are being used by NTTA to collect.  More specifically the claim of unjust enrichment is being used as an alternative method for collection.  This article does not discuss this cause of action.  However, we will also be preparing an article on our defense of that as soon as practicable.  If you are being sued by the NTTA and wish to have a lawyer review your case, we ask that you, feel free to contact us:

NTTA Lawsuits For Unpaid Tolls – A Defense Lawyer’s Discussion
Monday, February 24, 2020
★★★★★
“ How about your fact that they cant extend credit to is when they are a political subdivision of the state of texas.”
- Jamie