Lawyers That Defend Addison Traffic Tickets
5.0 rating based on 12,345 ratings
Overall rating: 5 out of 5 based on 3 reviews.
Anonymous 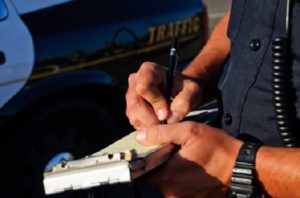 If you have been issued a ticket out of the City of Addison and are trying to figure how to deal with Addison Municipal Court in order to get the best result for your case, we can be of assistance. Our traffic ticket attorneys have over a fifteen years of experience defending Addison tickets ranging from speeding tickets to assaults and public intoxication matters. We have listed the general court information for Addison Municipal Court for your convenience below. Before you even think about paying off your ticket, make sure you understand the consequences of paying off an Addison traffic ticket.

There are two basic legal standards a police officer can use to stop a person.  Reasonable suspicion and probable cause are those two legal standards. This article will briefly describe reasonable suspicion in the context of a traffic stop and how it applies to traffic ticket defense in Addison, Texas.  If you would like to discuss your case with an experienced attorney in Addison, Texas feel free to contact our office today.

Some other key factors to consider are as follows:

As one can see, this would be hard to do based on a traffic stop.  For example, no seat belt violations are commonly used to justify traffic stops.  However, driving past a car and thinking “I wonder if that person is breaking the law” is not enough.

Breaking a traffic law in the view of an officer is always going to be considered sufficient probable cause to make a stop.  In Texas, Chapter 543 of the Transportation Code allows an officer to arrest a driver who violates the “rules of the road.” There are statutory exceptions to this rule for speeding tickets that are signed by the defendant and open container cases.  If an officer does arrest a person for a traffic violation, they must immediately bring that person before a magistrate for the court.

The authority for issuing traffic tickets comes from Transportation Code Section 543.003.  Code of Criminal Procedure Article 14.06(b) also contains a general grant of power to issue citations in fine only situations like traffic tickets and other class “c” offenses.  Tearing up a traffic ticket that contains the notice to appear does not justify a further detention or arrest of the driver. Adding protest words to a ticket does not have an effect on the driver’s obligation to appear in court either.

Once a stop is made, it has to be based on the reasonable suspicion that an offense occurred, not that a traffic offense actually did happen.  The belief alone is enough. After the stop, an officer is allowed to do a driver’s license check of the driver whether or not an offense actually did occur so long as it can be done without unduly prolonging the motorist’s detention.

Entering a Plea to the Charge

You must decide upon and enter a plea to the charge against you on or before the response date on your citation. If you signed a citation in front of an officer, you did not plead guilty, but only signed a promise to appear in court within thirty (30) days. There are three possible pleas to a complaint:

Your decision on what plea to enter is the most important decision you will have to make.

Addison Municipal Court is a Court of record. All pleadings must be in writing. Proceedings are governed by the Texas Code of Criminal Procedure and Chapter 30 of the Texas Government Code.

The official website for Addison Municipal Court can be found by clicking on the following link:

For more information about Addison Municipal Court and what a lawyer can do to assist you with your tickets in Addison, Texas, feel free to contact us:

FILL OUT OUR QUESTIONNAIRE TO HAVE A LEGAL PROFESSIONAL CALL YOU BACK: Click here to Hire An Addison Traffic Ticket Lawyer
CALL US:  214-321-4105